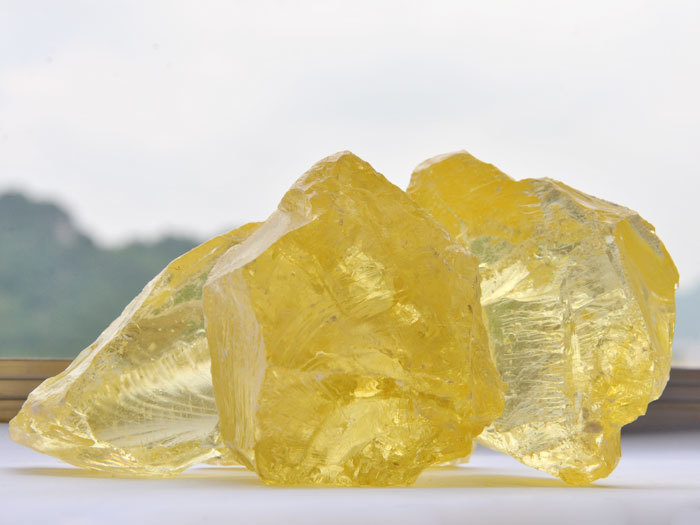 When using disproportionated rosin as the emulsifier of styrene butadiene rubber, it is generally used to make rosin potassium soap. The emulsifier has the following advantages: 1. 2. The wear-resisting strength and tear strength are better than ordinary styrene butadiene rubber, which can improve the driving range of the tire; 3. When mixing with natural rubber, the adhesive can be improved greatly; 4. Because the rubber coating and fiber bonding are good before vulcanization, it is possible to carry out the adhesive work faster and save labor. 5. When mixing with carbon black, it can be sealed mixer, so it can improve labor intensity.

In addition, vulcanized rubber block phenomenon, bending resistance and tensile strength are improved, can be made into advanced rubber.

Apart from being used as a synthetic rubber emulsifier, disproportionated rosin is also used in the manufacture of water-soluble pressure-sensitive adhesive. If use 70% 60 disproportionated rosin sodium salt solution (in accordance with the quality plan, similarly hereinafter), polyvinyl formaldehyde 20, glycerin 30, ethyl acetate, 20, 50 water can produce a kind of pressure sensitive adhesive, on paper, cloth, wood, glass, pottery and porcelain, synthetic resin and metal bonding.

Disproportionated rosin alkali metal soaps and dimer fatty acids can be used as emulsifiers for the polymerization of unsaturated hydrocarbons.